A startling, controversial argument that the key to reviving the American Dream of limitless opportunity is not to fight income inequality — but to celebrate unequal achievement.

We’ve all heard that the American Dream is vanishing, and that the cause is rising income inequality. The rich are getting richer by rigging the system in their favor, leaving the rest of us to struggle just to keep our heads above water. To save the American Dream, we’re told that we need to fight inequality through tax hikes, wealth redistribution schemes and a far higher minimum wage.

But what if that narrative is wrong? What if the real threat to the American Dream isn’t rising income inequality — but an all-out war on success?

In this timely and thought-provoking work, Don Watkins and Yaron Brook reveal that almost everything we’ve been taught about inequality is wrong. You’ll discover:

The critics of inequality are right about one thing: the American Dream is under attack. But instead of fighting to make America a place where anyone can achieve success, they are fighting to tear down those who already have. The real key to making America a freer, fairer, more prosperous nation is to protect and celebrate the pursuit of success — not pull down the high fliers in the name of equality.

Our Book: Read chapter 1 of Equal Is Unfair

Our Manifesto: Turning the Tables on the Inequality Alarmists

Commentary: Regular doses of insight at Voices for Reason

What People Are Saying

“Incisive, well-written, much-needed and powerful antidote to the pernicious ‘wisdom’ about income inequality. The real problem is not free markets but arbitrary government power. An impressive achievement.” (Steve Forbes)

“This is an extraordinary book that will open your eyes and increase your awareness about this politically charged subject. You learn how and why ‘inequality’ is largely a myth and that the key to higher incomes lies in making yourself more productive throughout your life.” (Brian Tracy, author – No Excuses!)

“There are all sorts of very good books and articles exposing the economic fallacies underlying recent calls for more aggressive government-sponsored wealth-redistribution. But none exposes the misguided ethics underlying such calls as effectively as Don Watkins’ and Yaron Brook’s Equal is Unfair. Defenders of free markets need to recapture the high moral ground from their redistributionist opponents, and this book supplies just the ammunition needed for the job.” (George Selgin, director, Center for Monetary and Financial Alternatives at the Cato Institute)

“Watkins and Brook have written the best summary of Ayn Rand’s classic Atlas Shrugged I could imagine in Equal is Unfair. This is a must read for every individual who wonders about America’s direction these past few years. The American Dream is under attack and this book clearly and succinctly explains the motives of the attackers and the defense which we all must provide. A brilliant piece of work!” (David L Sokol, chairman of Teton Capital, LLC)

“This book is like an oasis in the desert. At LAST the voice of reason breaks through the prejudices and presumptions and outright misrepresentations that are at the heart of the hysterical cries of the inequality fighters.” (Mark Pellegrino, star of Lost, Dexter, Supernatural and Quantico)

“Don Watkins’ and Yaron Brook’s latest book, Equal is Unfair is a much needed and well crafted take down of the attempt to force a political consensus that the State must focus on ending ‘inequality.’ Government does not like concrete tasks—like building a bridge on time on budget. Government prospers when it convinces voters to demand that it pursue the impossible. Why? Because every failure becomes an argument for more centralized power.” (Grover Norquist, president of Americans for Tax Reform)

“More bad ideas are promoted under the beguiling banner of ‘equality’ than anything else these days. If you’ve been seduced into thinking that it’s the key to personal or material progress, this book is your antidote. Read it cover to cover and you’ll never see humanity, the economy or public policy the same again.” (Lawrence W. Reed, president of the Foundation for Economic Education)

“Equal Is Unfair demolishes the Left’s myths and demonstrates that the campaign against income inequality is actually an attack on the concept of the ‘land of opportunity’—America’s unique sense of life. As Watkins and Brook show, reason and freedom, not handouts and high taxes, are the foundations of human progress. And production, not redistribution, is the source of human flourishing.” (John A. Allison, retired president and CEO of the Cato Institute, retired chairman and CEO of BB&T)

‘There are basically two ways of thinking about policy responses to inequality–raising or leveling. Leveling tends to promote the idea that there is a fixed pie of wealth in society and distribution is a function of luck, while raising tends to promote the idea that wealth must be created by individuals who realize the gains from trade and the gains from innovation, and as such distribution is a function of rewards for superior talent and insight into how to satisfy the demands of others in the market. Human excellence must be acknowledge before it can be rewarded, and talents are to be celebrated rather than explained away as a consequence of luck. In Equal is Unfair Watkins and Brook provide a persuasive defense of human excellence, and of true capitalism which brings out the best in humanity and unleashes the creative genius in man in the arts, science and commerce. Highly recommended.” (Peter Boettke, University Professor of Economics and Philosophy, George Mason University)

“Arguing the unarguable, Watkins and Brook blow the top off established wisdom on the evil of income inequality and the culpability of the 1%. Today’s one-sided debate on income inequality amounts to envy politics, not logic or fact, as these authors demonstrate in their explosive and entertaining book, Equal Is Unfair: America’s Misguided Fight Against Income Inequality. This book shows why the profit motive is noble and shows that government intervention in all areas of our lives—not income inequality—is what’s really threatening the American Dream. A must read for those who desire prosperity for more of the world’s people.” (Mallory Factor, NYT Bestselling Author of Shadowbosses and Big Tent, FoxNews Contributor and Professor: The Citadel, Oxford University and Buckingham University)

Don Watkins
Don Watkins was a writer and fellow at the Ayn Rand Institute between 2006 – 2017. 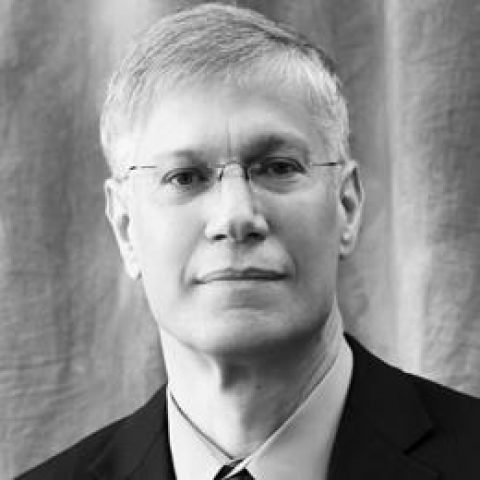 Yaron Brook
Yaron Brook is chairman of the board of the Ayn Rand Institute. He wears many hats at the institute and travels extensively as ARI’s spokesman. Brook can be heard on The Yaron Brook Show, which airs live on YouTube and Speaker. He is also a frequent guest on national radio and television programs. An internationally sought-after speaker and debater, Brook also pens works that make one think. As coauthor, with Don Watkins, of the national best-seller Free Market Revolution: How Ayn Rand's Ideas Can End Big Government, Brook and Watkins argue that the answer to our current economic woes lies not in "trickle-down government" but in Rand's inspiring philosophy of capitalism and self-interest. Last year, Brook and Watkins released a new book, Equal Is Unfair: America's Misguided Fight Against Income Inequality, a book that shows the real key to making America a freer, fairer, more prosperous nation is to protect and celebrate the pursuit of success―not pull down the high fliers in the name of equality. Brook is also contributing author to Neoconservatism: An Obituary for an Idea, Winning the Unwinnable War: America’s Self-Crippled Response to Islamic Totalitarianism and Big Tent: The Story of the Conservative Revolution — As Told by the Thinkers and Doers Who Made It Happen. He was a columnist at Forbes.com, and his articles have been featured in the Wall Street Journal, USA Today, Investor’s Business Daily and many other publications. Brook was born and raised in Israel. He served as a first sergeant in Israeli military intelligence and earned a BSc in civil engineering from Technion-Israel Institute of Technology in Haifa, Israel. In 1987 he moved to the United States where he received his MBA and PhD in finance from the University of Texas at Austin; he became an American citizen in 2003. For seven years he was an award-winning finance professor at Santa Clara University, and in 1998 he co-founded BH Equity Research, a private equity and hedge fund manager, of which he is managing founder and director. Brook serves on the boards of the Ayn Rand Institute, the Clemson Institute for the Study of Capitalism and CEHE (Center for Excellence in Higher Education), and he is a member of the Association of Private Enterprise Education and the Mont Pelerin Society.
New IDEAL Donate Media Inquiries
STAY IN TOUCH