[A] timely collection of excellent articles dealing with current threats to free speech.

—Flemming Rose, former editor of Jyllands-Posten and author of The Tyranny of Silence: How One Cartoon Ignited a Global Debate on the Future of Free Speech

[This] remarkable collection of essays . . . should inspire and mobilize any friend of liberty to fight even harder for what we all must recognize is a do-or-die battle to protect the core of our civilization.

—Harvey Silverglate, civil liberties lawyer, co-author of The Shadow University: The Betrayal of Liberty on America’s Campuses (The Free Press, 1998), and co-founder of the Foundation for Individual Rights in Education (www.thefire.org)

Freedom of speech is indispensable to a free and civilized society, yet this precious right is increasingly under attack today.

Why is this happening? What can be done?

This hard-hitting collection provides answers. Applying Ayn Rand’s philosophy of Objectivism to the most pressing free speech issues of the day, the essays in this book reveal the attacks on free speech to be the product of destructive ideas — ideas that are eroding Western culture at its foundation. They expose those ideas and the individuals who hold them, and, importantly, they identify the only ideas on which Western civilization can be sustained: reason, egoism, and individual rights.

What People Are Saying:

“This is a timely collection of excellent articles dealing with current threats to free speech. Ever since the fatwa against Salman Rushdie, the Ayn Rand Institute has been a morally and intellectually consistent defender of free speech. There is no ‘free speech, but’ exception in ARI’s approach to this important right. Its position is based on a simple truth: the individual is the most important minority in any society. Thus, for a society to be decent and civilized it has, through the force of reason, to be serious about the protection and cultivation of individual liberty.”

—Flemming Rose, former editor of Jyllands-Posten and author of The Tyranny of Silence: How One Cartoon Ignited a Global Debate on the Future of Free Speech

“In the land of the free, the freedom of speech is being quietly but methodically destroyed. In the razor-sharp new book, Defending Free Speech, authors Simpson, Ghate and Journo make the indispensable moral defense of why this basic human necessity must be defended with renewed urgency. Highly recommended!”

“The Ayn Rand Institute’s Director of Legal Studies, Steve Simpson, has put together a powerful set of short essays that, taken together, powerfully demonstrate the ways in which freedom of speech is essential to the survival of our Western civilization as we’ve come to know, but too often under-appreciate, it. For those who have been asleep or imprisoned in a mind-set of wishful thinking, this collection speaks with burning intensity and powerful logic to the urgent and solemn duty of those of us still awake to re-double our efforts to turn the tide before it is too late.

Defending Free Speech . . . is short enough to make its dire point without hemming and hawing, but detailed enough to force the reader to take the endangered state of our culture of freedom deadly seriously. Anyone who reads this book and does not immediately devote himself to a renewed and reinvigorated defense of liberty has probably drunk too much post-modern Kool-Aid to deserve the freedoms that our predecessors fought and died for. ”

—Harvey Silverglate, civil liberties lawyer, co-author of The Shadow University: The Betrayal of Liberty on America’s Campuses (The Free Press, 1998), and co-founder of the Foundation for Individual Rights in Education (www.thefire.org)

“Freedom of speech, the last standing pillar of American freedom, is teetering. Islamic jihadists and American liberals have joined forces to assault this crucially important freedom. Thankfully, we have the Ayn Rand Institute to explain the deeper philosophic meaning of free speech and why it must be defended at all costs. I urge all Americans to read this important book. Your life depends upon it!”

—C. Bradley Thompson, Executive Director, Clemson Institute for the Study of Capitalism and author of John Adams and the Spirit of Liberty

“Over the last few decades, writers from the Ayn Rand Institute have consistently provided the most incisive analyses of free speech controversies that I have read. These scholars unfailingly cut to the heart of a dispute over offensive speech or campaign spending on political speech, for instance, by exposing contesting sides’ deeper, operative premises about the basis of all speech and the conditions of freedom itself. For anyone seeking a grip on our ceaseless battles over free speech and the abiding principles at stake, this collection should be immensely illuminating.”

—Tara Smith, professor of philosophy, University of Texas, Austin and author of Judicial Review in an Objective Legal System

“[Defending Free Speech] couldn’t be more timely. Free speech is increasingly under attack, not just on university campuses where students demand “safe spaces” where they are protected from hearing ideas they disagree with, but also by State governments who are attempting to silence — and sue — those who disagree with government policies on issues such as combating climate change. . . .

The fact that governments are not just failing to protect their citizens’ rights but are actually violating their rights is even a greater travesty, such as in the case of Massachusetts threatening to violate Exxon’s right to free expression of its view on climate change. Once the government reverts its role from the protector to the violator of rights, our ability survive and flourish, to produce and profit, is thrown out.

It is for that reason that all businesses should care about freedom of speech. Fortunately, in Defending Free Speech, they — and we — can find the intellectual ammunition to do so.”

— Jaana Woiceshyn, associate professor of business ethics and competitive strategy at the Haskayne School of Business at the University of Calgary, Canada, and author of How to Be Profitable and Moral: A Rational Egoist Approach to Business

“Once upon a time, Americans could count on intellectuals, journalists, and politicians to stand up for free speech. . . . But today’s intellectuals and pundits are ominously muted; and, in a painful twist, free speech is now under attack in the very academic institutions that once cherished and protected it.

It’s high time to renew and reinvigorate the argument in favor of unconditional free speech. Defending Free Speech takes an important step in that direction.

[F]reedom of speech is a cornerstone of peaceful, civilized society. And, as Simpson concludes in his excellent book on the subject, ‘If you value free speech, now would be a good time to start making yourself heard’

“[Defending Free Speech] is both a warning and a call to action, detailing the recent history of threats to free speech in America and imploring the reader to defend this precious right on the basis of Enlightenment and Objectivist principles. Regardless of whether one subscribes to Ayn Rand’s philosophy of Objectivism, the powerful essays in this book will help readers to understand and navigate the current areas of controversy in the contemporary free speech debate.

This book is a valuable addition to the intellectual arsenal of anyone who wishes to preserve this right.” 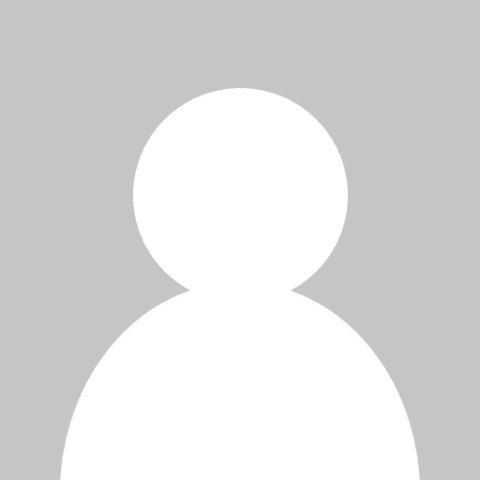 Steve Simpson
Steve Simpson has been defending freedom of speech for most of his career, first as a senior attorney at the Institute for Justice and now as the director of Legal Studies at the Ayn Rand Institute. Among many other cases, Steve litigated SpeechNow.org v. FEC, the case that created Super PACs. He has testified in Congress and appeared on many television and radio programs, and his writings have appeared in publications such as the Wall Street Journal, the Washington Post, and Slate. Find him on Twitter: @ssfreespeech.
New IDEAL Donate Media Inquiries
STAY IN TOUCH