Ayn Rand held that art is an indispensable need of human life, an irreplaceable form of spiritual refueling. In this course, Leonard Peikoff selects eight masterpieces of world literature — eight plays from ancient Greece to the 20th century that are both philosophically rich and esthetically exceptional — and analyzes them as great works of drama and as works that implicitly convey complete philosophies of life.

For each play, Peikoff provides historical background and context. He then demonstrates how to identify the play’s essential conflict, its plot and character development and its deeper theme. Drawing on all these aspects, he then discusses the overall philosophy conveyed by the play (if not explicitly, then at least implicitly). The result is a unique exercise in philosophical detection and esthetic evaluation.

After completing this course, you will understand better how to reach a full, objective evaluation of an artwork, taking into account philosophical, esthetic and personal (optional) factors — and therefore how to grasp, evaluate and enjoy the objective values a great play offers.

Spoiler alert: Each lecture assumes that students have read the play that will be discussed in that lecture. Recommended editions are provided below.

Disclaimer: Although Dr. Peikoff granted permission for the creation of this course in a new format, he has not reviewed or approved any of its content. The course consists of audio recordings of lectures originally presented to an audience of Ayn Rand fans. (The first eight lectures were given at the Jefferson School, in San Francisco, CA, in 1993; the ninth lecture, on Cyrano de Bergerac, was given at Second Renaissance Conference in Secaucus, NJ, in 1994.)

An Enemy of the People

Antigone by Sophocles — a Literary and Philosophical Analysis

Othello by William Shakespeare — a Literary and Philosophical Analysis

Le Cid by Pierre Corneille — a Literary and Philosophical Analysis

Don Carlos by Friedrich Schiller — a Literary and Philosophical Analysis

Monna Vanna by Maurice Maeterlinck — a Literary and Philosophical Analysis 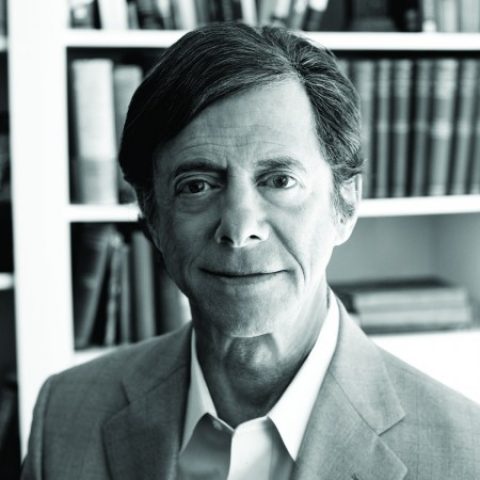 Leonard Peikoff
Leonard Peikoff has spent more than sixty years studying, teaching and applying the philosophy of Ayn Rand. Having been Rand’s foremost student, he is today the world’s preeminent expert on Objectivism. A great admirer of The Fountainhead, he first met Rand in 1951, when he was, in his own words, “an ignorant, intelligent seventeen-year-old.” He read Atlas Shrugged in manuscript and was invited “to ask the author all the questions I wished about her ideas.” For thirty years, Rand was his mentor, editor and friend. “We talked philosophy late into the night on countless occasions,” he recalls. “It was, for me, an invaluable education.” On her death in 1982, Rand named Dr. Peikoff heir to her estate. Born in Winnipeg, Canada, in 1933 (but now a U.S. citizen), Dr. Peikoff studied philosophy at New York University and taught at several colleges and universities between 1957 and 1973. For decades he lectured on Objectivism to worldwide audiences through live appearances and audio transcription of his courses. His 1976 course on Objectivism’s entire theoretical structure earned Rand’s endorsement (she also participated in some of the Q&A periods) and became the basis for his book Objectivism: The Philosophy of Ayn Rand (1991), the first systematic presentation of her philosophy. Dr. Peikoff is also the author of The Ominous Parallels: The End of Freedom in America (1983), The DIM Hypothesis: Why the Lights of the West Are Going Out (2012), and The Cause of Hitler’s Germany (2014, excerpted from The Ominous Parallels). Asked once to name his life’s greatest achievement, Dr. Peikoff said: “I mastered Objectivism and presented it to the world.”
View Instructor